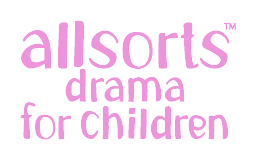 Children’s lives changed beyond recognition when full lockdown began on March 23rd 2020. With schools shut to the majority of pupils, the regular rhythms of childhood and adolescence from school runs and playtime, to exams, celebrations and graduation were put on indefinite hold.

Running a drama company where children normally get together to be creative, to perform together, the whole concept of online teaching felt strange and isolating, of course the children adapted more easily and generally with huge positivity and an eagerness for their weekly lessons. The creative process just took a different path for a while. However children had more time at home, with less to do, once the ideas of painting, reading, board games, dressing up etc ran out, children were left to their own devices and generally many complained of being ‘bored’ but now perhaps we can see this as a very positive thing.

“When we’re bored, there are two key things happening in our mind,” says John Eastwood, a psychologist at the Boredom Lab at York University, Canada. “The first thing is what I would call a ‘desire bind’. That’s when someone is kind of stuck because they desperately want to do something but they don’t want to do anything that’s on offer. Secondly, when you’re bored, your mental capacity is lying fallow. We’re itching to engage our mind. These are the two core things that are what it means to feel bored.”

Boredom is not in itself creative, argues Eastwood, who is the co-author of a book on boredom called Out of my Skull: The Psychology of Boredom. It’s what it leads to that is important. “When you feel bored, because it’s an aversive and uncomfortable state, you’re motivated to look for something else. In that gap there’s a real chance to discover something new. What matters to me and what am I passionate about? I think that looking can be a source of creativity.”

Often our first instinct when we experience the unpleasant niggle of boredom is to shake it off – quickly. With Netflix, Instagram and TikTok videos waiting for our attention, it’s easy to stick a plaster on boredom. On the face of it, it doesn’t make any sense. Boredom seems like the least creative feeling. But it’s actually a way of clearing space for a new idea to spring back up.”

In 1990 JK Rowling was taking a delayed train back to London alone after a weekend flat-hunting in Manchester when the image of a scrawny, bespectacled young boy popped into her head. “I didn’t have a pen and was too shy to ask anyone for one on the train, which frustrated me at the time,” she said in an interview. “But when I look back it was the best thing for me. It gave me the full four hours on the train to think up all the ideas for the book.” If she’d had an iPad loaded with all 12 episodes of Normal People or an endless Twitter feed to scroll through instead of staring out of the window, Harry Potter might have disappeared out of her mind as quickly as he arrived.