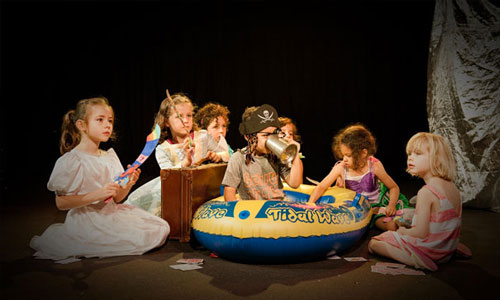 I had a fantastic week during the summer holidays doing an allsorts drama course, it was at a School called More House School.

We were working on a production of a Midsummer Night’s Dream by Shakespeare.
We started off doing lots of warm up and acting games and getting to know each other.

The teachers were lovely and the other children were very nice. Next we started to look at the play, some characters were really funny so it was good fun reading the play!
Then we started to rehearse the play, everyone did so well. Later on we decided on the costumes.

Every day we rehearsed until the play day came and I was really nervous but also so excited! But as soon as I went on stage I was not nervous at all, it was brilliant and I loved every minute of it!

At the end the Parents’ clapped and cheered which was really nice, so altogether it was a really fun workshop, I made new friends, the teachers were so kind and funny, we played great drama games and I loved doing the play!!!!!!!!!!!!!!!!!!